We are here to help you with

Long Term Care (LTC) Medicaid is a government funded health insurance coverage program for seniors and those with disabilities. This program may help pay for the costs of a nursing home or assisted living…Learn More »

Estate planning will provide you with the assurance that everything you have worked for and saved for will be there for you and your family. Planning encompasses creating legal documents that…Learn More »

You served the Country, now is time for the country to serve you. Our veterans served their country proudly and diligently, yet many do not know they are eligible for benefits due to their wartime service…Learn More »

Selling or acquiring real estate is a major investment in terms of both time and money….Learn More » 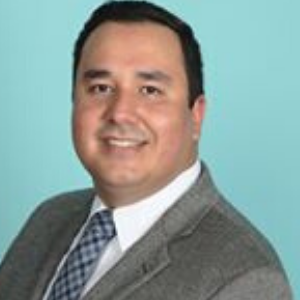 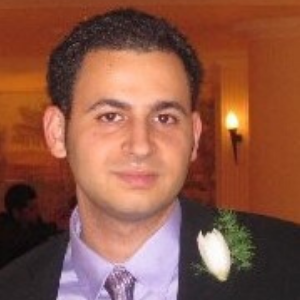 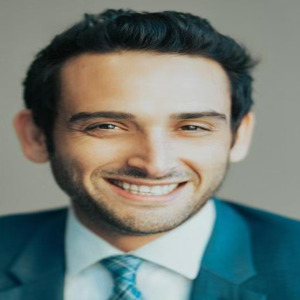 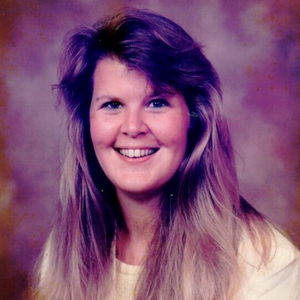 “Our family is very grateful to have found Attorneys Neal Rice and Tamer Tandros. Let me say to any family who is in the position, as we were, of having to deal with applying for Medicaid Long Term Care – do not try to do it on your own. That said, you could not be in kinder, more responsible hands than with Neal and Tamer. They guided us every step of the way and it can be a long, frustrating way. Every one of our phone calls, emails and texts were answered quickly. When, occasionally, they didn’t know the answer to a question there was immediate follow up and an answer provided. On behalf of my mom and our entire family, we thank them for their diligent efforts and couldn’t recommend them more highly.”

“I would like to express my gratitude to Neal Rice in helping me acquire [eligibility] for the programs need[ed] to help my mother [who] is in a nursing home. Neal was eager to help me through the paperwork and programs needed to make sure that she is comfortable in the home that she is in. He was also able to get a new Power of Attorney written up. That has been a great help as her original was over 10 years old and needed an update. Neal made himself available at a moment’s notice. Neal has been very helpful. I appreciate his good attitude and interest in assisting me with the phone calls and mountains of paperwork.”

I am extremely happy and pleased with the results as Neal and Tamer delivered on everything they said they would. Both the VA and Medicaid benefits were approved. Neal and his team have been very responsive and I will certainly use them for future legal matters.”

“We recently requested the services of legal services and worked directly with Neal Rice to assist us with the development and updating of various estate legal documents. Neal was extremely responsive, comprehensive, offered professional counsel and guidance, and completed the requested information in a timely manner. We strongly recommend the utilizing of his firm and more specifically, his services.”

Our attorneys have gained the trust and confidence of our clients over the past 30 years by distilling down the complex legal issues facing them and their families to easily understandable solutions. We work in concert with other professionals to provide services to seniors and people with disabilities in a personal and discreet manner. At Elder Legal Solutions LLP, we give legal counsel with a deep understanding of both individuals and families.

Neal Rice, Esq., is a D.C. licensed estate planning and elder law attorney and is a member of the Bar Association of the District of Columbia. He is a V.A. Accredited attorney and is authorized by the General Counsel to represent Veterans and their families nationwide before the Department of Veteran’s Affairs. He is also a member of the National Academy of Elder Law Attorneys and is focused on traditional estate planning, asset protection, medicaid planning, and veterans benefits. His methods of planning are family centric and are aimed at providing practical solutions whether you are an individual who needs help in a crisis or are sitting down to craft a plan for the future.

Neal was passionate about Elder Law and Veterans Law even before entering law school. His hero growing up was his grandfather, Donald Neal Rice, who volunteered for Marine Recon and served on Guadalcanal, Guam, and Okinawa during WWII. When Donald passed, Neal’s family tore itself apart with infighting over his estate. Neal became an elder law attorney because he wants to help other families avoid unnecessary conflict while preserving their legacy for the generations to come.

Tamer Tadros, Esq., is a VA accredited attorney who graduated from law school in 2017. After working in Immigration law for a year following law school, Tamer decided to switch to the field of Elder law in order to aid seniors and help them live out their last years with dignity. Tamer is a D.C. Licensed Elder law attorney and a member of the American Bar Association. Tamer is passionate about helping Veterans and their families get the benefits they deserve having represented and assisted clients before the VA on numerous occasions. His focus is on developing long-lasting relationships with his clients and their families. Whether it’s Medicaid Planning, Estate Planning, VA representation, or asset protection, he is committed to serving his clients with the utmost dedication.

Michelle has 37 years of legal experience, with 34 years as a licensed Florida attorney. Michelle’s practice experience includes estate planning, probate, real estate, surety and insurance law; and commercial and construction litigation. She graduated from Shepard Broad Law Center, Nova Southeastern university and was admitted to the Florida Bar in 1987. She was also admitted to the United States District Court for the Middle and Southern Districts of Florida in 1988; the United States Bankruptcy Court in 1988, and teh United States Court of Appeals for the Eleventh Circuit in 2004. Michelle became one of the first Florida state certified mediators in 1986, was a licensed real estate title agent for 18 years, and served as a State of Florida appointed foreclosure case manager in 2015.

Michelle received a Master’s of Science degree from Yeshiva University, Ferkauf Graduate School of Professional Psychology in 1982. IT was during that time that her grandfather suffered from Alzheimer’s Disease, prompting her to focus on cognitive degenerative conditions, the effects of prescription drugs on Alzheimer’s patients, and the psychological and physiological impact on the primary caregivers.

Ari B. Gutman Esq., is a Florida licensed attorney and is a member of the Florida Bar Association.  Ari is also admitted to practice law in the Southern District of Florida (Federal Court).  He earned is his bachelors degree from the University of Florida in 2006 and obtained his Juris Doctor from Nova Southeastern University in 2012.  Prior to becoming a lawyer, Ari worked in the cut-throat talent business in California where he found his love for negotiations and ultimately made the decision to become an attorney.

He began his legal career in the court room, both litigating on behalf of defendants and plaintiffs.  Not only does he love working on cases that render favorable outcomes for his clients, but his true passion is helping people in need.  Other than practicing law, Ari enjoys spending time with his 10 year old son taking fishing trips, attending sporting events and playing football together.

If you request a consultation with Elder Legal Solutions LLP, one of our attorneys will personally reach out to you within 24 hours and will remain in constant communication with you throughout the duration of the representation.

We don’t want to just be your attorney, we want to be someone you can turn to in tough times.

Up front costs and no Hidden Fees

We provide the certainty of a fixed, flat fee for our work and will never bill for endless hours on a never ending project. At Elder Legal Solutions LLP, we know that financial situations vary from client to client. That is why we will work with you to develop a fee agreement that is fair and reasonable.

As convenient as possible to get the help you need

Our attorneys will travel to a senior’s home or current residence to make it as convenient as possible for to review, sign, or execute any plan or document. We are skilled at working remotely with distant children and family members, providing peace of mind by ensuring that their loved ones receive optimal representation even when they can’t be physically present.

We can assist in choosing the right Assisted Living ...

We can assist in choosing the right Assisted Living or Skilled Nursing Facility, provide referrals to realtors and home care professionals, help with selection of a Medicare or Medicaid Plan, and generally aid in navigating the complexities of the Healthcare and Insurance Industry in addition more traditional elder and family advocacy services.

Schedule Consultation With Us

“Elder Legal Solutions is closely following the progress of the global Covid-19 outbreak. As we continue to take steps to protect the health and safety of our lawyers, staff, and families, we are also continuing to provide the highest level of service to our clients. Although rapidly evolving developments are forcing us all to work and conduct business differently, our commitment to providing these services remains unchanged.

None of our law firm operations have been interrupted, but to reduce the risk of Covid-19 exposure, we have: Increased our use of technology to conduct internal and external meetings; and

Cancelled unnecessary business travel for our personnel except to assist with the execution and notarization of documents for which physical presence is required.”